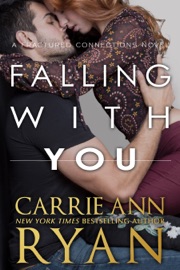 The day Sienna Knight lost her best friend was the day she realized that she’d been living in the past. She’s tried to find a way to heal, to mend that break. Somehow, she came through it partially whole. But she knows she couldn't have done that without Aiden.
The problem is, he once loved her best friend. And now she's gone, and she refuses to be in that shadow, or worse, a replacement for someone they both loved.

Aiden Connolly left them all behind.
His brother.
His family.
His best friend.
And her.
Only Sienna Knight doesn't realize what she means to him. But before he can make sure she knows, he need to figure out exactly what that is.